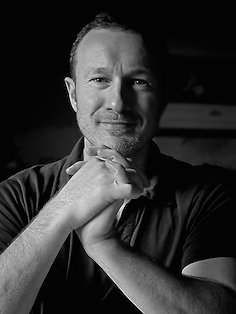 John is a senior osteopathic practitioner with 20 years of post qualification experience. He completed his training with the British College of Osteopathic Medicine (BCOM), graduating in 1998 with a B.Sc (Hons) degree in Osteopathic Medicine, and qualified as a Cranial Osteopath with the Sutherland Society in 1999. John also holds a diploma in Naturopathy, which qualifies him to advise on dietary and lifestyle issues.

While working widely on general issues and with all ages, John has also gained significant experience treating mothers and infants while working in a dedicated pediatric clinic. He tutored technique and in the student clinic at the British College of Osteopathic Medicine from 2000 to 2005.

He advices his patients on lifestyle, ergonomic, exercise and dietary issues as he believes it is an osteopaths' role to engage the patient in their own recovery. He completed the Pilates Matwork Level 1 Course with The Australian Physiotherapy & Pilates Institute, which enables him to use pilates in the treatment and rehabilitation of his patients.

John started to practice in Bethnal Green East London in 2001, and since he has opened his own complementary health clinic, The Plane Tree in 2011.

He is registered with the General Osteopathic Council and is a member of the British Osteopathic Association(BOA). As a Registered Osteopath he undertakes regular courses in areas of interest as part of continued professional development (CPD).